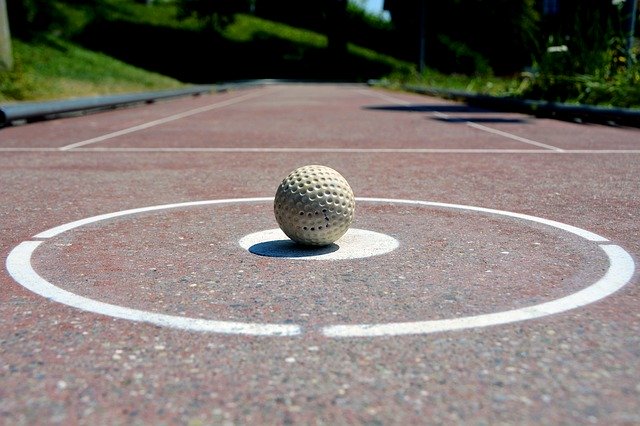 During the INSMEAcademy session held on the 25th of March 2020 Mr. Hashim Hussein, Head of the United Nations Industrial Development Organization, Investment and Technology Promotion Office in the Kingdom of Bahrain (ITPO Bahrain) and Director of the Arab International Center for Entrepreneurship & Investment (AICEI), focused on the importance to enhance the development of innovative start-ups to pave the way for the creation of new industries, boost new business, foster competitiveness and sustain economic growth.

First of all, Mr. Hussein introduced UNIDO, which is the Agency of the United Nations that promotes industrial development for poverty reduction, inclusive globalization and environmental sustainability and then presented the ITIPO office of UNIDO, aimed to interact with the private sector in coordination with the Government to mobilize resources (financial , technological, know-how and managerial), from industrialized to developing countries.

Mr. Hussein started his speech by outlining the Enterprise Development & Investment Promotion Program (EDIP), better known as the “Bahrain Model” of entrepreneurship, which is a package approach promoted by AICEI (coordinated by UNIDO) to enhance innovation and entrepreneurship and promote the growth of start-up, micro, small, and medium sized enterprises (MSMEs) through financial and non-financial services.
The “Bahrain Model” was designed in Bahrain in 1999 with the main goal to increase foreign investments in the Arab regions.

How did the EDIP Programme manage so far to attract foreign direct investments?
The first and essential step to achieve this important target, according to the speaker, has been to facilitate and endorse domestic investments that lead to the attraction of the foreign ones. When AICEI started to implement this project, in fact, the main issue detected was the lack of qualified local entrepreneurs and investors.
This lack was due to the weakness of the entrepreneurship culture, the absence of specialized programmes to support the development of micro, small & medium enterprises (MSMSEs) , the shortage of institutions aimed at offering training and helping technology transfer, financial inclusion and to act as incubator for the start-ups.

The project started when the United Nations Economic and Social Commission for Western Asia (ESCWA) commissioned in 1999 a research on 4 countries of the Arab regions.

The countries targeted were Egypt, for the huge population size, Lebanon, for its uniqueness in terms of innovation and entrepreneurial activity, Jordan because of the scarcity of row materials and resources and finally Bahrain, location of the AICEI office and a country rich in oil.

The study was finalized in 2000 and revealed the need to reinforce the entrepreneur culture in these countries, create new jobs and increase considerably the employment rate. It also highlighted the importance, especially for micro enterprises, to be linked together and to be part of a development programme to foster Arab entrepreneurs and their own private businesses.
To overcome the barriers for the development of a stronger entrepreneurial ecosystem in the Arab regions, in 2001 was establish the ARCEIT, converted in 2013 into the Arab International Center for Entrepreneurship & Investment (AICEI) that supported the endorsement of the “Bahrain Model”.

That said, Mr. Hussein examined the main points of this model for the enhancing of the entrepreneurial culture.

This approach foresees 3 key stages: Pre-Incubation, Incubation and Post-Incubation.
1. Pre- Incubation
a. Preparation & Empowerment
Since the entrepreneurial spirit can be built and developed, the first step (Preparation & Empowerment) of the programme is aimed at boosting the business skills to set up an enterprise, identify business opportunities, assess the market and improve the abilities to prepare and implement a business plan.
The programme was introduced at first in Bahrain’s schools and then it has been implemented also in the universities of several countries.
Between the initiatives promoted at this stage there was also the launch of a boot camp for housewives, innovators, green, fit and tech entrepreneurs.

b. Counselling/Technology Tie-up possibility leading to a full-fledge Joint Venture
The preparation & empowerment step is followed by a counselling and mentoring mechanism with the ultimate objective of facilitating project implementation. During this phase, in order to ensure the development of a business plan is crucial to facilitate the technology transfer and UNIDO with its Network of offices, technology innovation centers and universities assumes this main role.

c. Financial Linkages
One on the main barriers an entrepreneur has to face, according to the speaker, is the access to finance.
In this regard, the previous steps are meant to help the entrepreneur in the financial linkages, and then, thanks to the support of a financial counsellor within the programme, the entrepreneur will be able to develop a valuable business plan that will make him gain the trust of financial institutions.

2. Incubation – Virtual & In-wall Incubation
Incubation takes two forms either virtual or in wall. Physical incubator can host only a limited number of start-ups because of the capacity of the incubator management team to work with no more than 25 tenants, for this reason this methodology is chosen only for companies that require constant follow-up and longer periods in reaching breaking even.
On the other hand, virtual incubation provides the same quality management support to boost capacity building, facilitate the access to finance and deliver administrative services but only virtually.
At this stage, the counsellors monitor the project implementation process till it becomes operational then the business counsellors, in association with the financial counsellors, closely monitor the project implementation process, guide the project to become operational and ensure its survival and growth.

3. Post Incubation – Enterprise Growth Program
Finally, at the post incubation stage the stratuppers are investments promotion experts able to reach the final objective stressed by Mr. Hussein since the beginning of his speech, investors from foreign counties willing to join venture. This model represents an example of successful best practice, that helps mobilize direct investments to developments countries and it is replicable in other scenarios, it is currently implemented in 52 countries and, as Mr. Hussein stressed, will be spread in other 18 by the end of 2020.