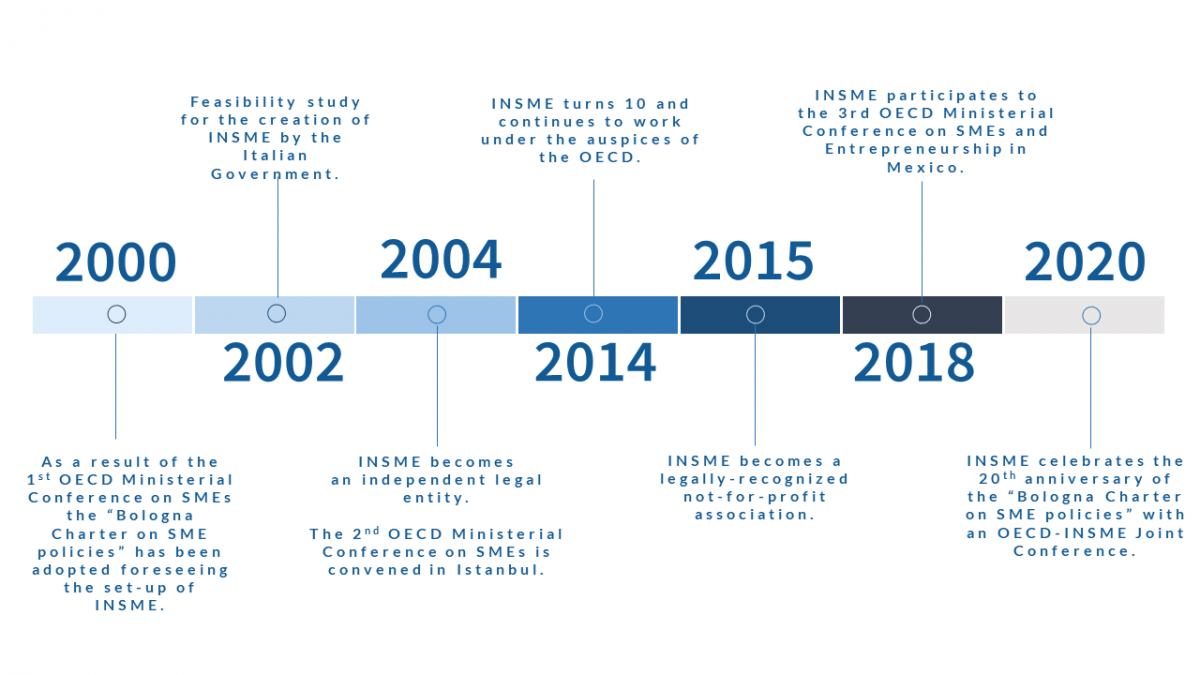 INSME is an initiative launched in 2000 by the Italian Government and introduced as part of the OECD Bologna Process on SMEs.

The “Bologna Process” is a set of initiatives agreed to by OECD members to implement recommendations adopted during the OECD Ministerial Conference on SMEs and Globalisation held in Bologna (Italy) in June 2000. The “Bologna Process” is aimed at advancing the SME Agenda at the international level and strengthening policy dialogue and cooperation between OECD and non-OECD countries, international institutions and NGOs, public and private sectors on issues related to SMEs needs and challenges in a global and knowledge-based economy. You can read the final document of the Bologna process by clicking here.

The resolutions in the first OECD Ministerial Conference on SMEs were set forth in the Bologna Charter on SME policies, including a reference to the set-up of INSME as a gateway and effective interlocutor for governments committed to implementing policies in support of SMEs.

In June 2004, the second OECD Ministerial Conference on SMEs was convened in Istanbul (Turkey) in order to re-affirm the importance of the Bologna Process and ensure the commitment for identifying “best practices” regarding innovation and technology transfer to SMEs and developing policy recommendations.

In the same year, INSME was granted the status of OECD moral sponsorship, and continues to operate under the auspices of the OECD. This designation enables the Network to be among the stakeholders discussing policies and potential measures addressing SMEs in the framework of the OECD Ministerial Conferences on SMEs. In February 2018 INSME, was among the international actors that actively participated in the third OECD Ministerial Conference on SMEs and Entrepreneurship held in Mexico.