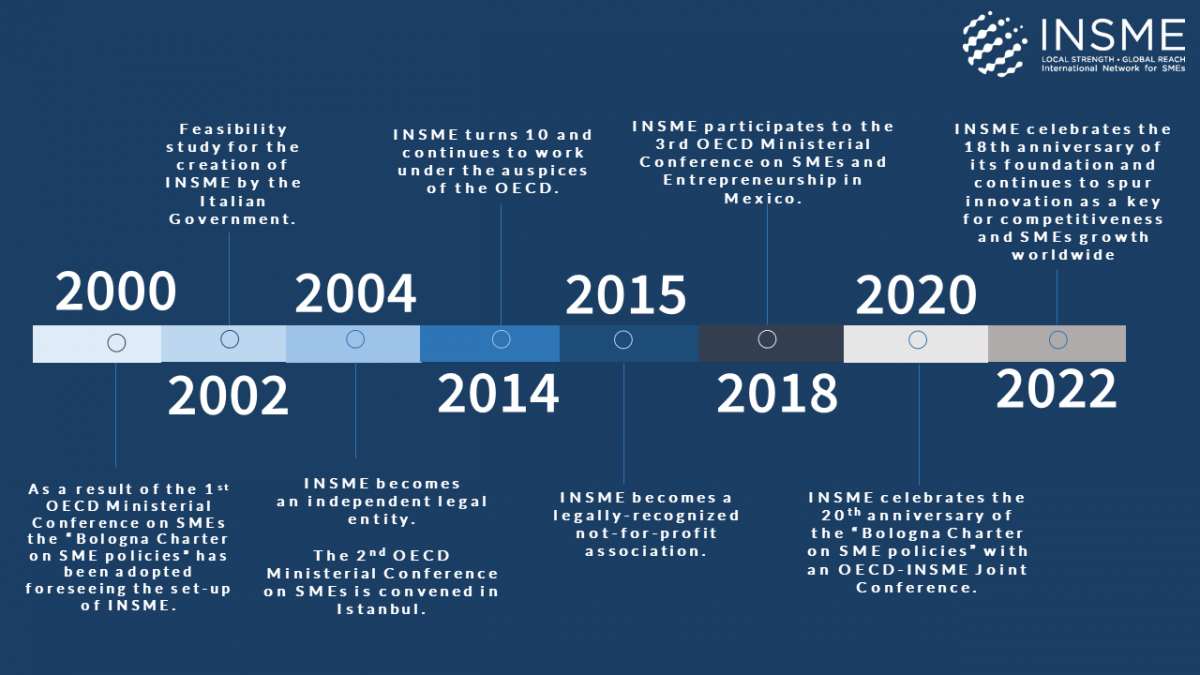 On the 17th of February INSME celebrated its 18th anniversary, but its history began in June 2000, on the occasion of the first OECD SME Ministerial conference on globalisation, whose delegates approved the “Bologna Charter on SME policies” and welcomed in this framework the proposal of the Italian Government to establish the International Network for Small and Medium-sized Enterprises.

Eighteen years have passed since INSME was established in Rome in 2004 and while many things may have changed, “Local strength, global reach” is still the North Star that inspires the Network, that was conceived as a network of networks. Under this motto, the Association welcomed new members, strengthened the collaboration with the existing ones, reinforced its services and implemented new activities to spur innovation as a key for competitiveness and SMEs growth worldwide, in line with its new manifesto: “Making Innovation Happen in SMEs”.

While we celebrate our main milestones, we would also like to pay a tribute to the father of the INSME project, Luigi Corbo’, former Director General of the Italian Institute of Industrial Promotion (IPI). Luigi was the mind who inspired the launch of the whole initiative and supported the Association during its inception and start-up phase. Luigi passed away just a few months ago, but his brilliant ideas, including INSME, are still his legacy.

Stay tuned to follow our upcoming activities and projects for the present year and learn more about our story here.