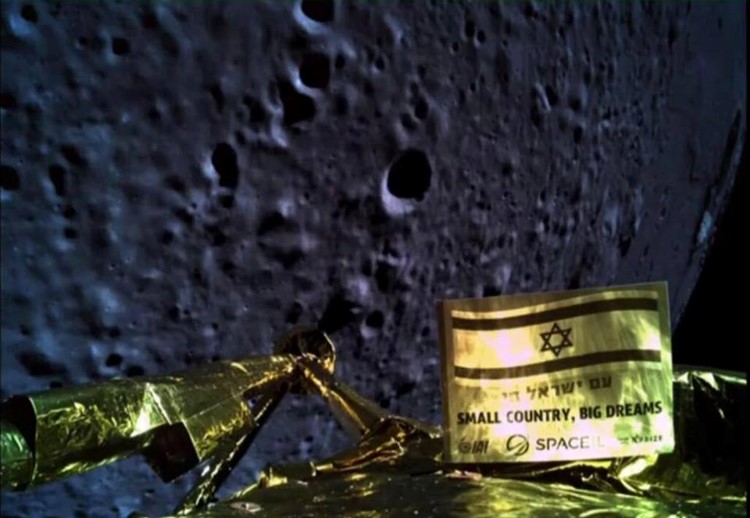 On the 14th of May 2020, Nava Swersky Sofer, President and Founding Board Member of the International Commercialization Alliance (ICA) and INSME Board Member, held the second session of the INSME Innovation Management Programme and shed light on Israel’s secret of success, the unique innovation entrepreneurial ecosystem with the highest density of start-ups in the world and known as the “Start-Up Nation”.

Mrs. Swersky Sofer began her speech by highlighting one of the key aspects that mark out the entrepreneurial mindset in Israel: the importance of try and even fail in order to pursue your target. To strengthen her position she showed three examples of failure stories of Israeli companies that opened up possibilities of innovation and success since the failure, she stated, can be used as a learning experience and as a lever for innovation.

Israel is a small country of 20,000 sq km, established only 72 years ago with 9 million people that during the last 20 years experienced exponential growth and now hosts around 16.000 companies. Looking at the value of exits during the last 10 years, it increased year over year with a total exit value of more than 11 billion dollars.

Mrs. Swersky Sofer also pointed out the presence of many Israeli-founded unicorns based in Israel but also in other countries that worth over a billion and form part of the Israeli start-up and academic ecosystem. This exclusive ecosystem originated many inventions that now belong to our day-to-day life, like drip irrigation, flash memory, voicemail, cherry tomatoes, computer firewalls.

The presentation highlighted the main elements of the Israeli ecosystem to deepen the reasons behind the impressive results of this country in terms of innovation.

The data showed by Mrs. Swersky Sofer showed that the percentage of GDP invested in R&D in 2018 in Israel was 4,3% of GDP, the highest amount in the world. Furthermore, Israel, because of its highly efficient financial sector and its ability to provide stability over time, encourages investors to establish their activities there, the country was also ranked by OECD as the number one in the world (in 2007) for the level of investments in Venture Capital.

Another part of Israel’s innovation ecosystem consists of incubators and accelerators which are roughly 300, one of the highest numbers in the world, that focus on different industries and economic sectors.

Within this framework Mrs. Swersky Sofer talked about the role of the government. The first incubators were established in Israel during the early ’90s by the government which provided financial and professional support in order to encourage an entrepreneurial mindset in the people and generate jobs. These incubators are now private but the support of the government, according to the speaker, has been relevant and also the decision, at some point, to step back and let the industry continue.

The government also supported innovation through the academic environment, Israel is considered one of the world pioneers in tech transfer since 1959 and boasts two of world’s top tech transfer companies, the Weizmann Institute of Science, Yeda, and the Hebrew University of Jerusalem, Yissum.

In the final part of the webinar, Mrs. Swersky Sofer shared her view on the innovation recipe of Israel. She stressed that the government plays an important role in supporting part of the economy that needs temporary help (e.g. social investing, the creation of the national nanotechnology infrastructure) but to make an innovation ecosystem happen you need not only the infrastructure and the environment but also the culture. The policymaker needs to create the right environment (regulation, market access, tax credit, and institutional investment) but the culture, the entrepreneurship mindset, has to come from the private sector, from the people and mostly from the understanding that you need a system that allows you to fail, do not punish you for it and let you move forward. All these parts should work together.

The last element of the Israeli ecosystem that contributes to its success is the military training to which all the population is subjected. This training helps the development of soft skills relevant towards innovation and the establishment of a start-up (teamwork, think out of the box, dealing with adversity, overcoming obstacles), the strong military capabilities also can result toward innovation in different fields (like medical applications).

The geographic isolation, furthermore, instead of hinders their companies allows them to born global, the small local market and the absence of a regional market led Israeli companies to be international and think global since day one.

The presentation was closed with a meaningful illustration that summed up the Israeli entrepreneurial culture where everyone works in a start-up besides their daily job, and where young students learn how to become an entrepreneur even at high school with specific programmes.