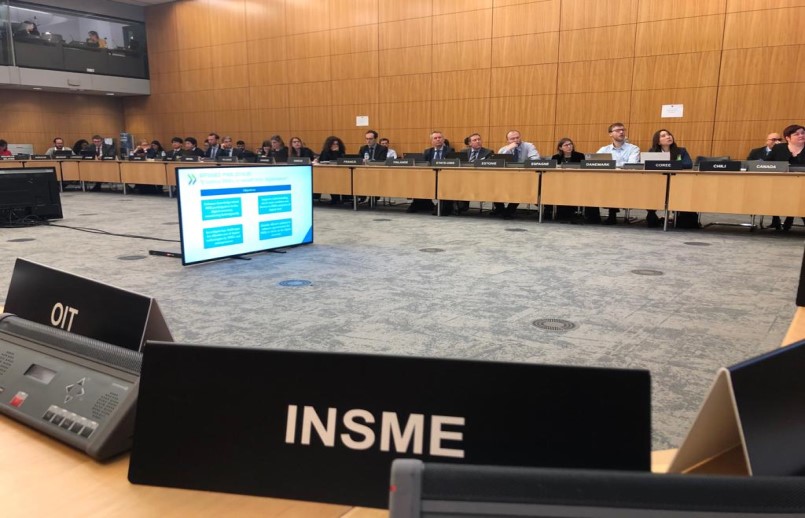 On the 20th of April 2021, the OECD Council, the Organisation’s governing body, took the historic decision to elevate its Working Party on SMEs and Entrepreneurship (WPSMEE) to a full level 1 Committee, reporting directly to Ambassadors, and providing stronger backing for SMEs and entrepreneurs.

Since its creation, the WPSMEE had been a subsidiary body of the OECD Industry Committee, with limited autonomy and various obligations. With the elevation to Level 1 Committee, however, it has gained full independence: it is now free to take new initiatives and design its own programmes, as well as to better engage with the work of other OECD Committees working on related matters such as tax, competition, and the environment, thus extending the reach and influence of its work.

The promotion to a level 1 Committee began several years ago and is the result of contributions from many respected personalities, among which Mr. Sergio Arzeni, President of INSME and former Director of the OECD, who stated “This is the result of a battle that has seen the Italian government in the forefront with the commitment of the Ministry of Economic Development and important organisations such as Unioncamere and Confapi. The voice of SMEs will now be stronger in this important international organisation.”

The move has certainly strengthened the position of SMEs and entrepreneurs, and we look forward to seeing the results of this stronger backing at international level.